Almost two weeks ago, Justin and I drove out to my parents’ house to drop off my car for my dad to do some work on it. He needed the entire day, so we had to get up quite early and decided to meet my mom downtown for a morning coffee: 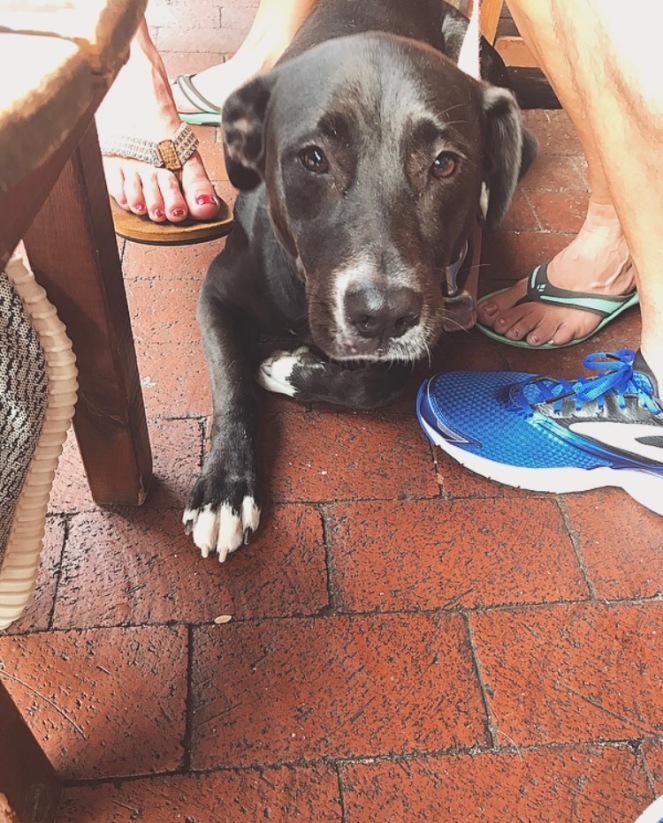 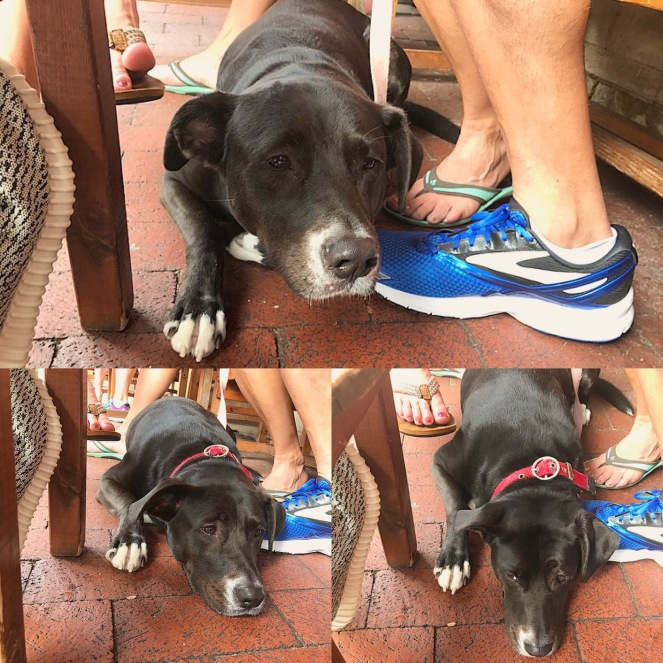 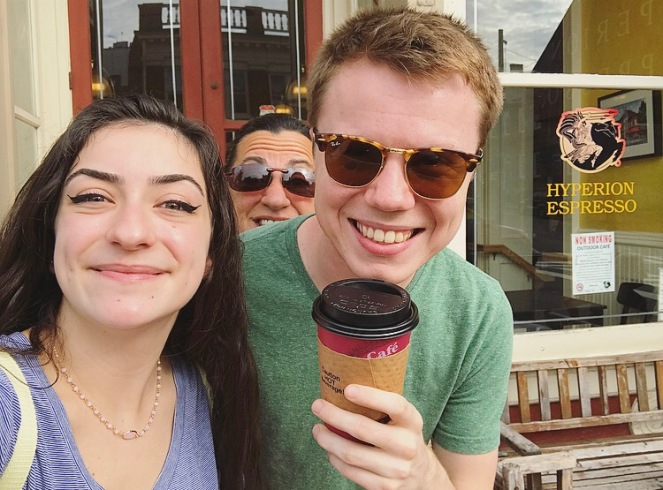 After leaving my car with Dad, Justin drove us into town and we walked to Hyperion Espresso- the cutest coffee shop in my hometown. My mom met us outside with all of her running friends to say hi AND she had Macy with her! I was pleasantly surprised to see the big puppy who was very tired from her run, but not so much that she didn’t smother us in kisses when we sat down. We all grabbed our respective coffee drinks and chatted for a bit before saying goodbye to mom’s buddies and heading off with just her… 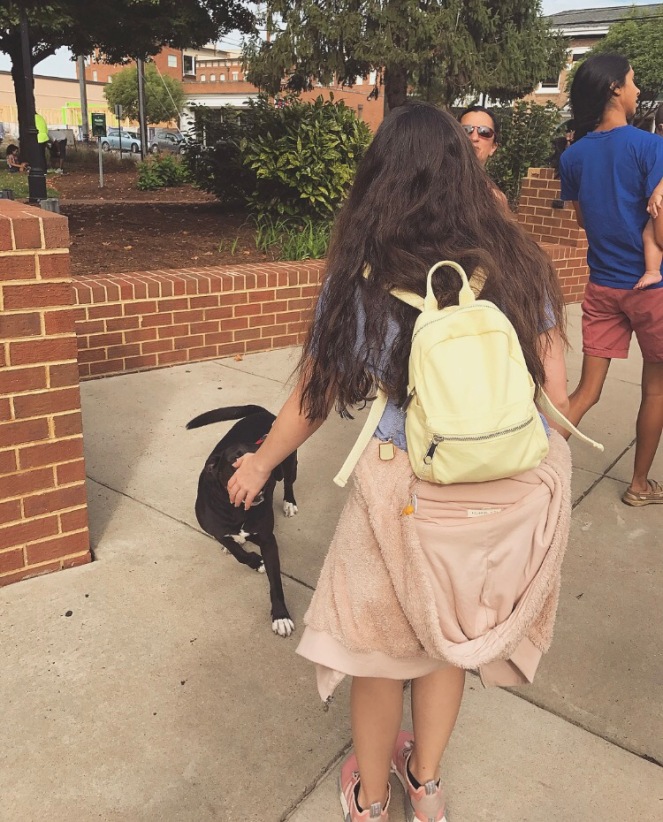 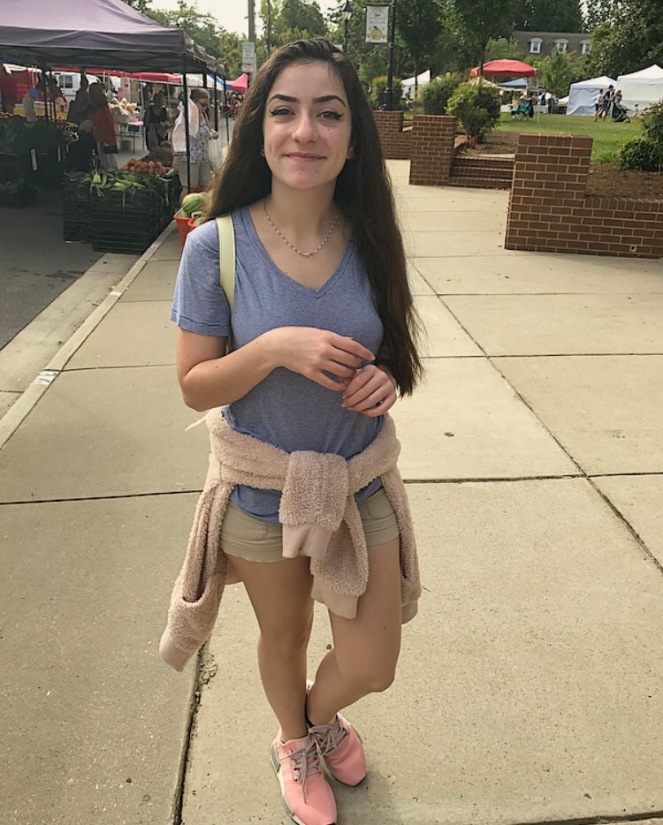 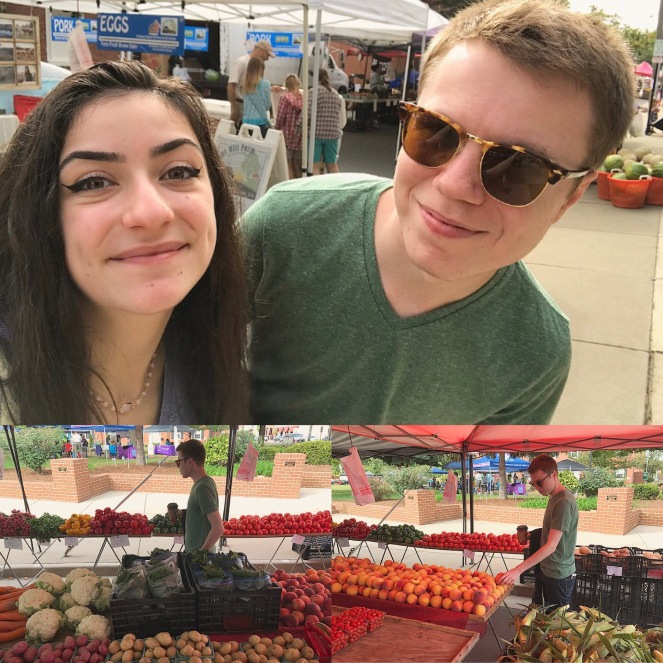 Luckily, since it was Saturday, the farmer’s market was all set up around the square. There were tons of beautiful flowers, colorful fruit, and huge vegetables! Everyone had their dogs with them too, which made it even better. We even got to pet the sweetest couple of pug/chihuahua puppies who were super tiny. Mom picked up some food bits for a salad and flowers for a birthday party she was going to later on in the day, then we walked her back to her car and said our goodbyes…

It was great to catch up with her again- it had been a few weeks. After we moved, we agreed it was difficult to find time with our busy work schedules to really connect, but being able to sit down and ask each other about stuff face to face is super important. I’m hoping I’ll be able to meet with her at least once a month like we have been (she’ll be bringing my sister into Richmond this weekend for my birthday)! 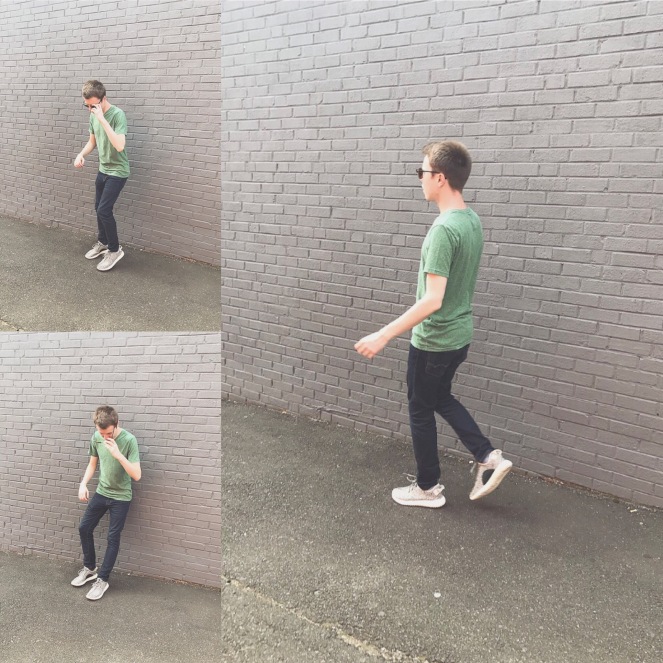 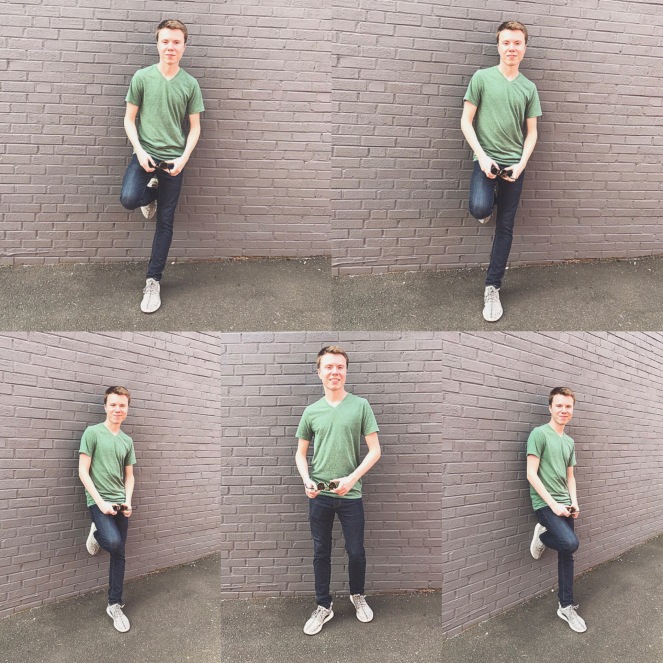 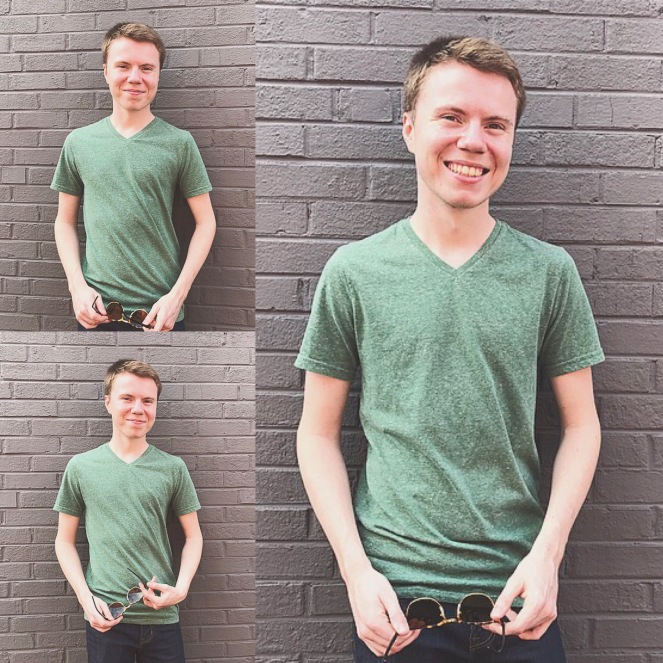 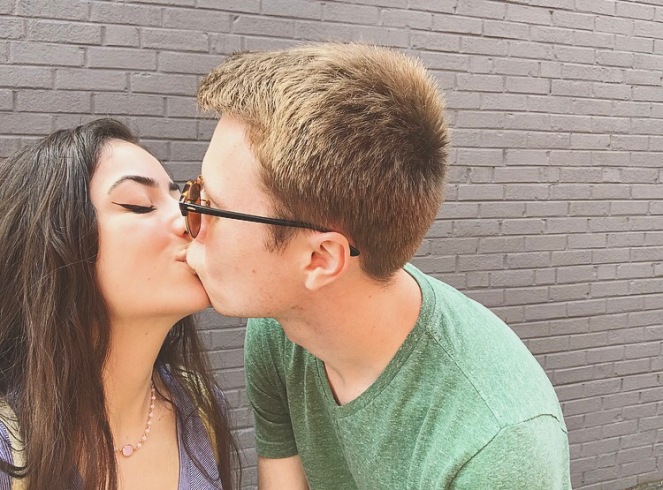 We passed people setting up for a Welsh festival that was going to start soon, then stopped in one of the open alleys for photos. He’s so handsome- what a model! I love the solid gray of the painted bricks and faded asphalt. Of course, I saw a cow in the window and asked Justin to take my picture with it. He’s always a good sport and such a sweetheart (:

After we had had enough of the heat that day and caught all the Pokémon we could, we drove back to the house and hung out til Dad was finished working on my car. I painted my nails a very faint peachy-glitter color while we waited ^

Only one more workday before we’re off again for almost a week to celebrate my birthday! It feels like just yesterday we were doing fun stuff for Justin’s at the end of last month. September has flown by even quicker than August, but I’m still going to try to post my favorites on time. Expect a break from me here while we’re off attending events and visiting with family, but I’ll still be on to read your posts and comment when I can. Many many more pictures and stories to come, so stay tuned (: