Back with another day of my birthWEEK that was quite warm, but still beautiful! Justin and I ventured into Fredericksburg (my hometown) to visit Snead’s farm- a local farm owned by a lovely family I used to attend church with. Our youth group would go to swing in the hay barn and grill up burgers & hotdogs, sometimes if it was cold enough- we’d even make s’mores (: 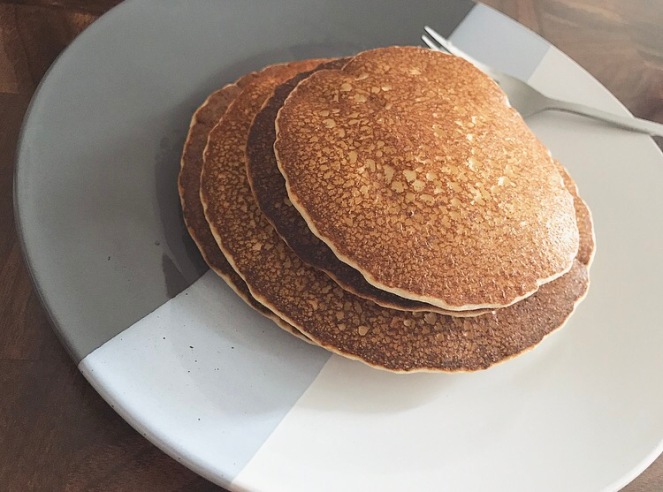 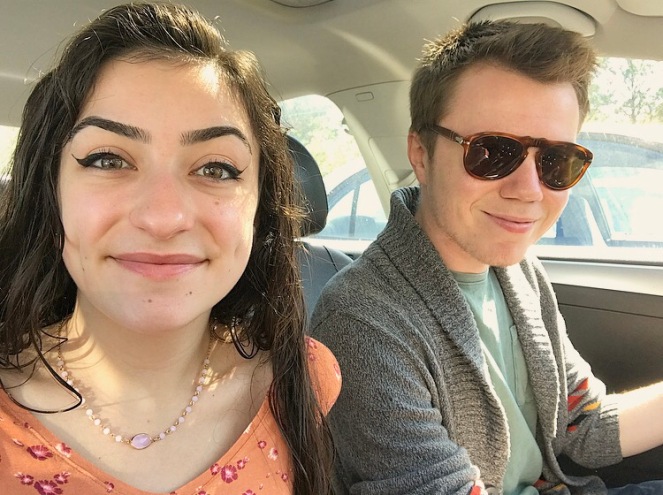 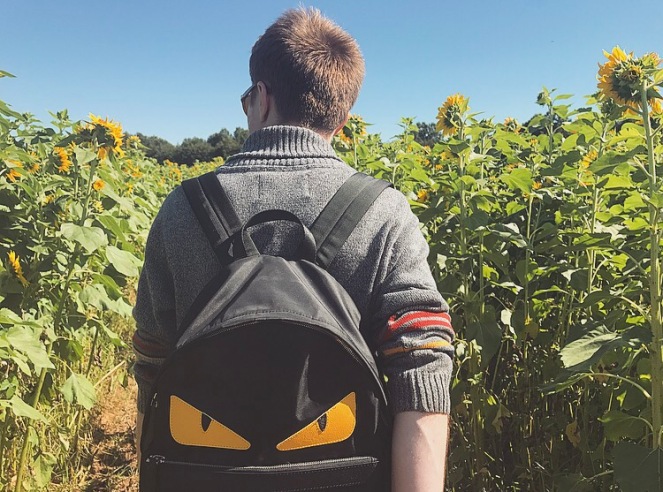 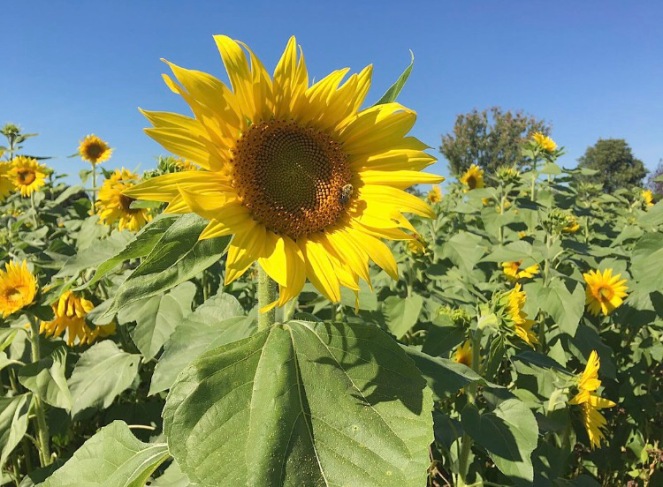 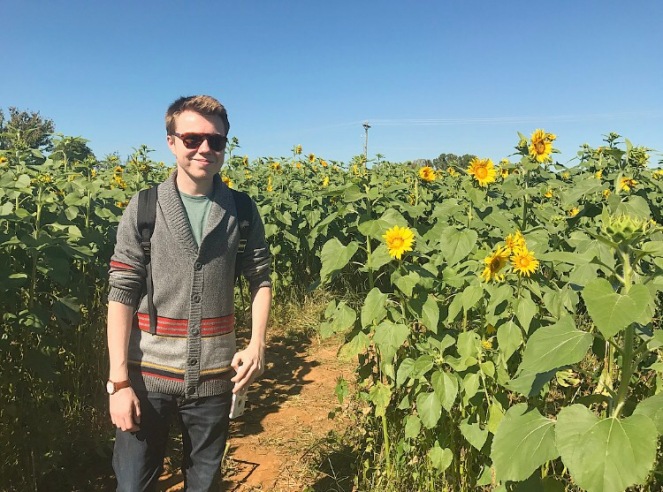 Babe made us some wonderful pancakes for breakfast, then we got ready and headed out. I wore more from my recent Kohl’s haul: an orange floral top with rust colored joggers. I also decided to slip on my old coral Ked’s dupes from Target cause I figured they might get a little dirty. When we arrived, the first thing we saw were the vast fields of sunflowers on either side of the main driveway. They had even made a maze through them which we happily walked through (: 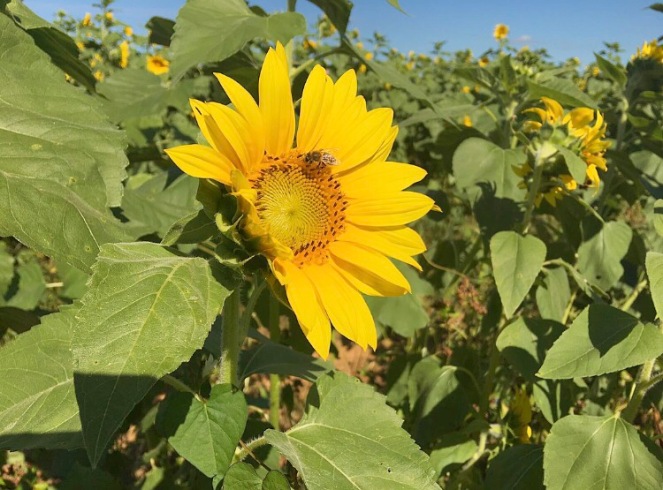 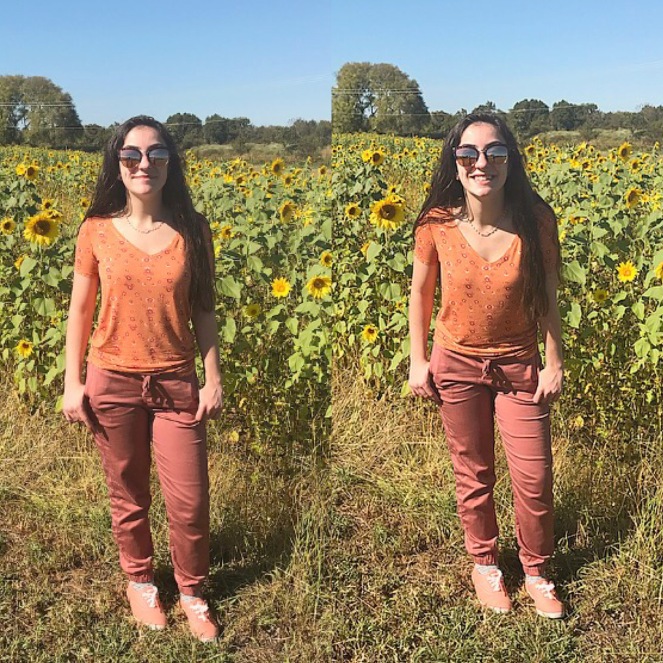 Loads of photos with the sunflowers ^ he looked so good in one of my favorite shirts on him. The sage green really brings out the gorgeous green of his eyes… 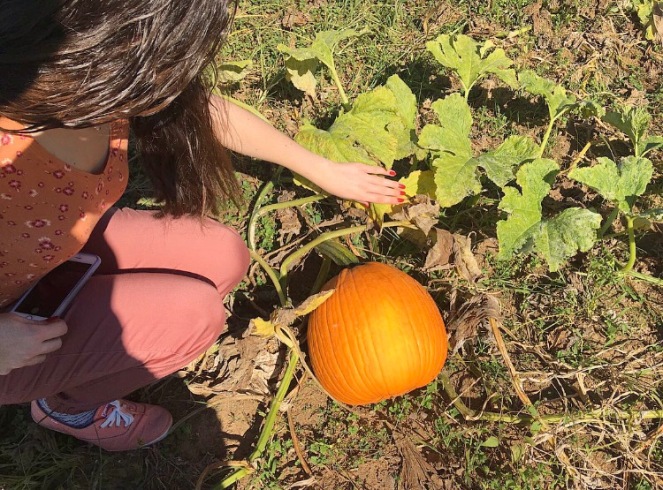 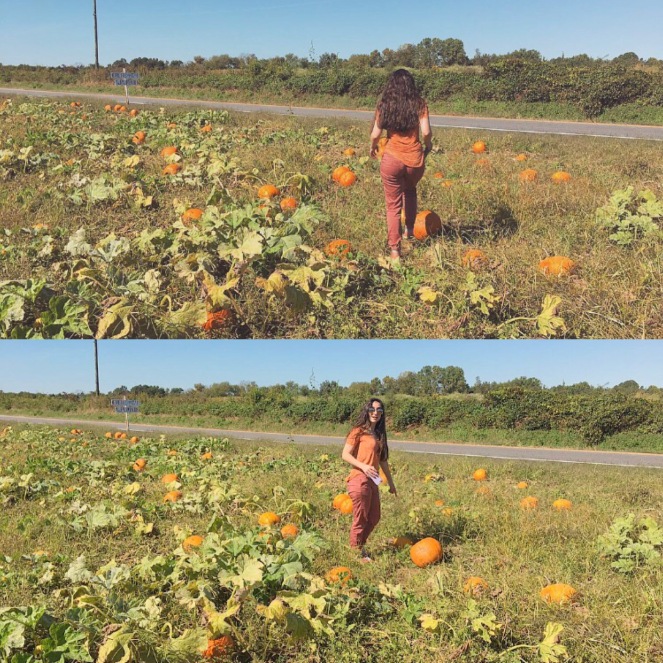 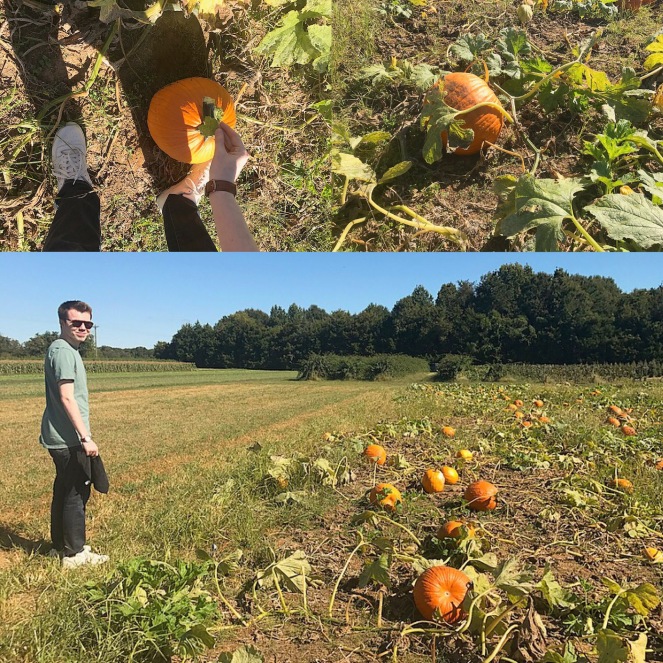 Our next task was the big one: picking pumpkins! We wanted to do it ourselves, but accidentally forgot to come prepared at all. No gloves, no wagon. Luckily, Justin had a rag in his car so we could pull the spiky vines off and wipe the dirt off the big gourds. We found some pretty huge ones- I think (: 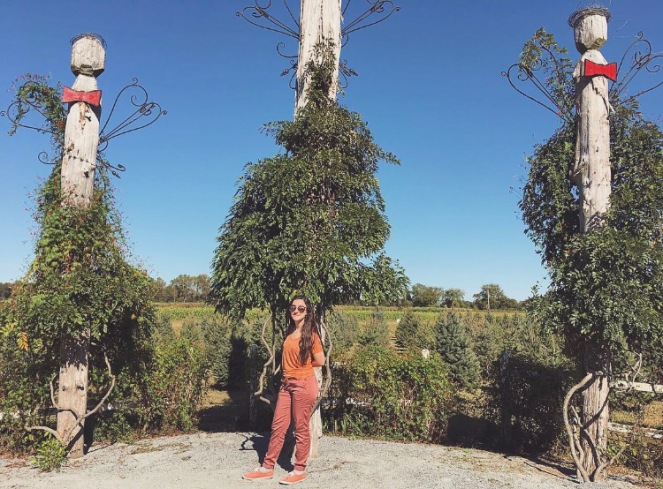 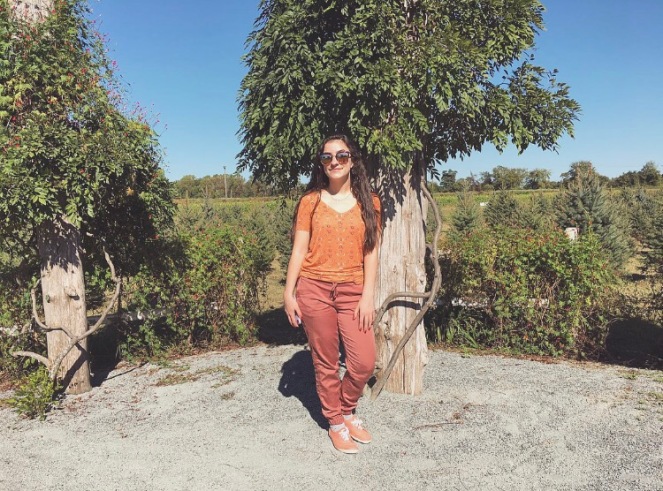 We wandered around the farm for a good hour or two after picking. Exploring the land was a lot of fun and so gorgeous! In front of the main house, they had a decorated “maze” of sorts under the trees with colored gourds hanging, a really old bathtub just in the ground lol and a tire swing to boot (: Justin’s favorite part was obviously the gigantic pumpkins and gourds they had set up along the common area… 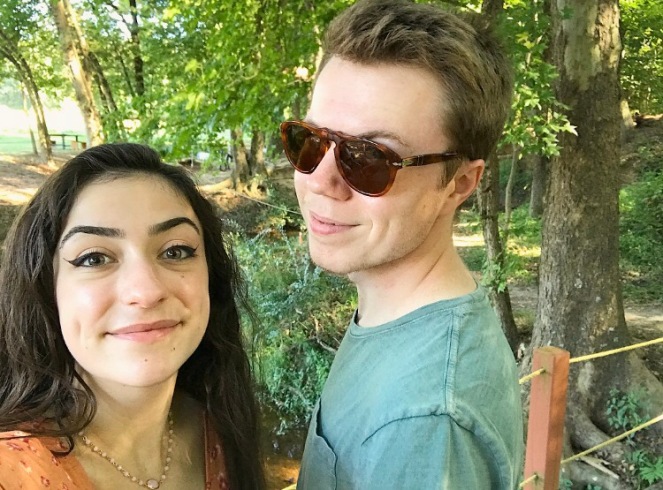 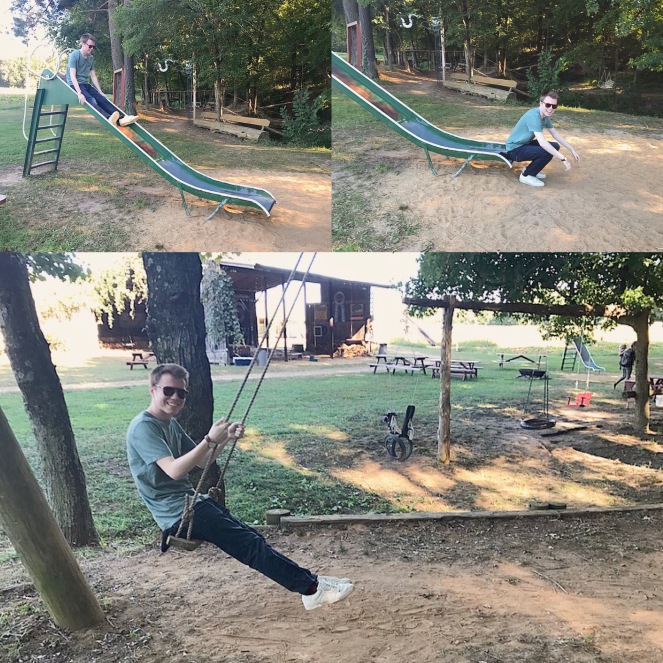 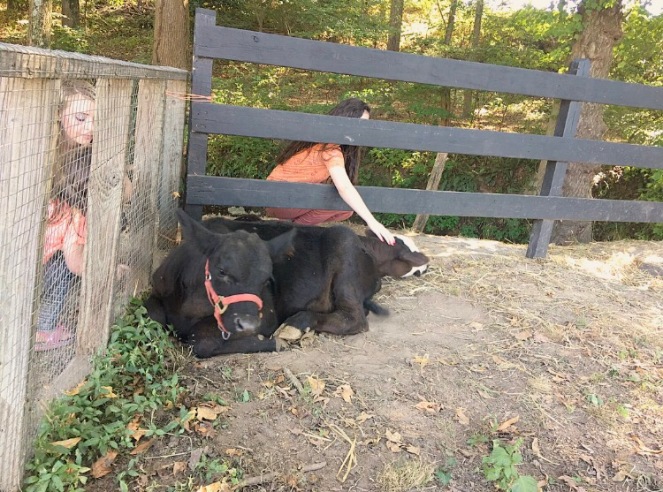 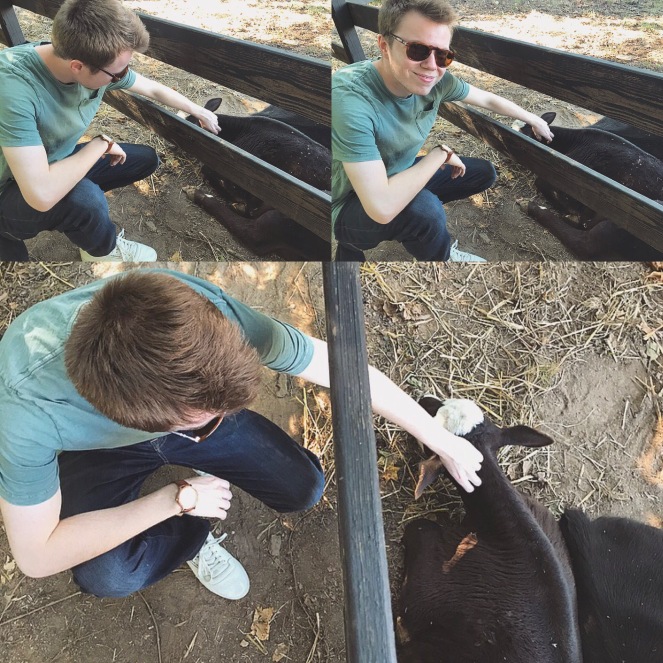 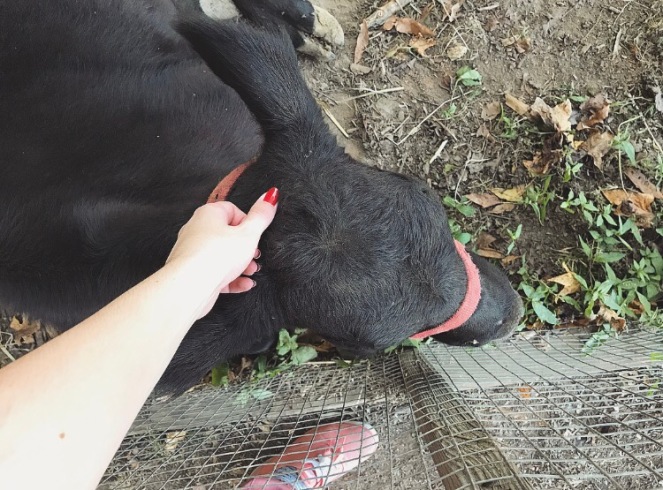 Back behind the barn is where all the fun stuff was hiding. There were rope swings in the hay, the big slide, and two sweet baby cows. Yes- more cows! Also an awesome bridge into the woods which was giving me major Bridge to Teribithia vibes ^ after we had enough playing around, we paid for our pumpkins, grabbed a quick couple mini gourds and headed out. 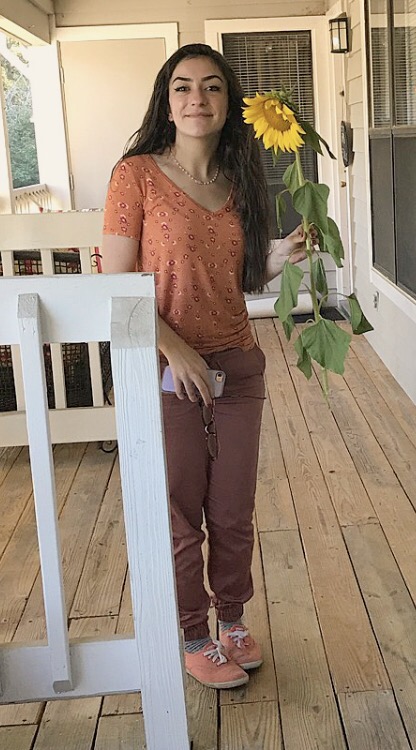 I brought a sunflower to my mom (her favorite flower) and then we drove to my parents’ house for dinner with my dad. Justin and I had dropped off our orange marmalade-marinated chicken with dad earlier in the day, but now it was time to grill it up! It was super cute to see them making a meal together and it was very tasty. Felix was loving babe’s shoes ^ we chatted with Dad for a while after dinner, then said our goodbyes. I put our pumpkins out as soon as we got home (:

That’s it for the day before my birthday. Hopefully I’ll get to post the big one tomorrow or Tuesday when I’m off work again. See ya then!