Time to give you all an update on the frogs! It’s mostly going to be pictures of their progress, but I’ll give a bit of commentary here and there. Enjoy: 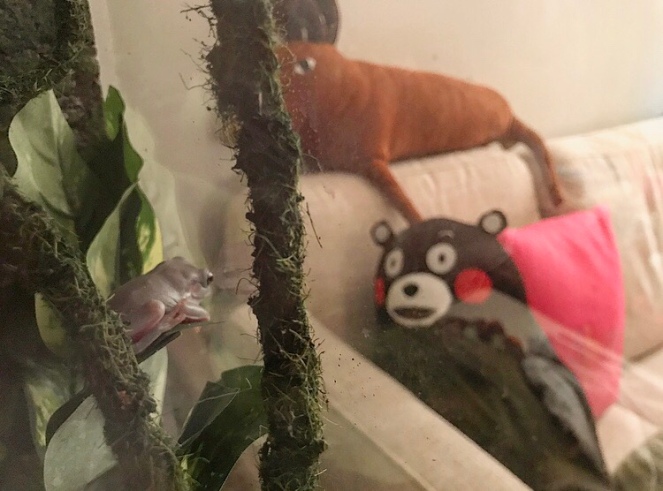 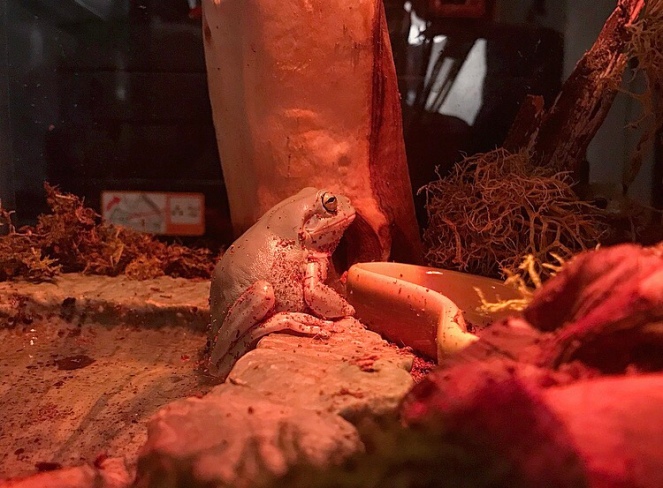 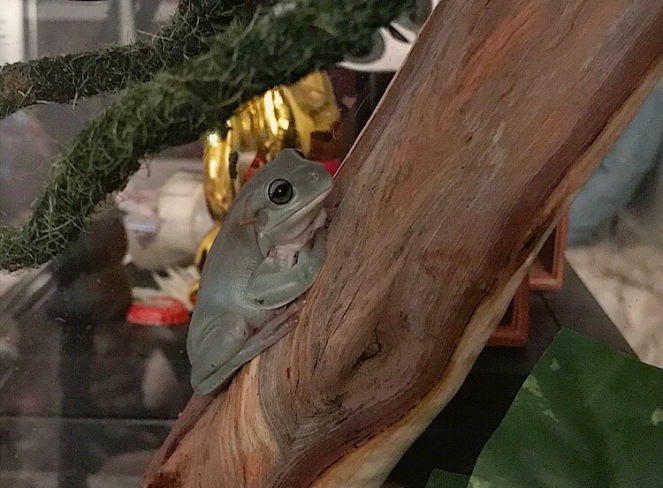 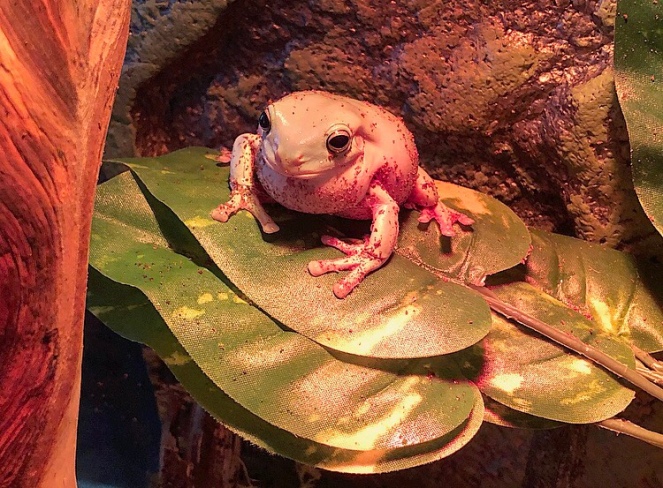 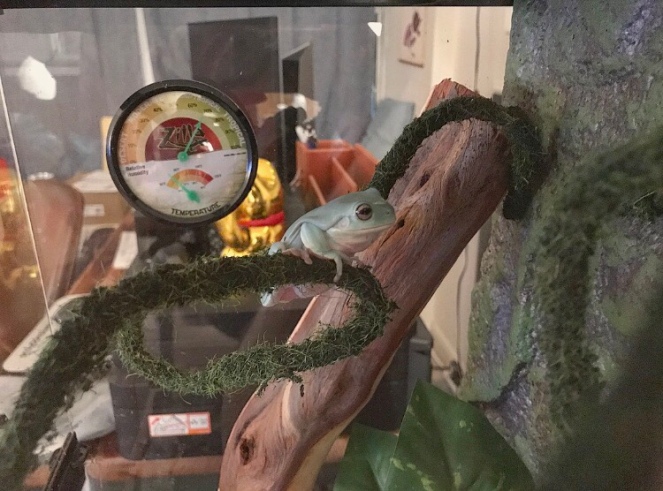 Misery is getting big and fat ^ she’s very active at night and she’s a great hunter. She will still eat from the tongs, even biting at them if they’re empty! She’s jumped at Fear when she sees him hunting, but he’s gotten big enough to defend himself and she soon realizes he isn’t food. They definitely are getting along a lot better nowadays- though I wouldn’t say they ever didn’t. She is super healthy now and still croaks once every day or two which is super cute! She loves to get herself covered in the coconut husk bedding, but I’ve taken her aside to a Tupperware with a bit of filtered water in it to bathe her cause I’m sure it gets uncomfortable having dried dirt all over you… 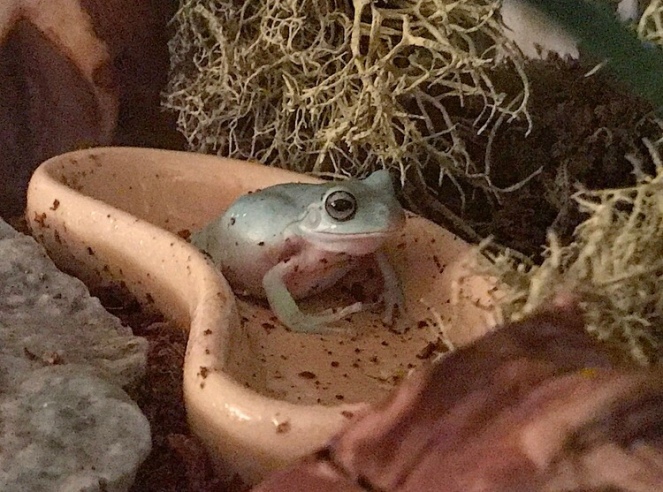 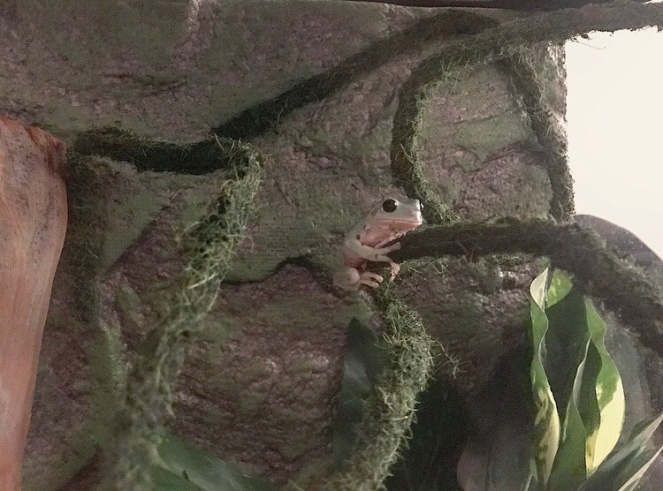 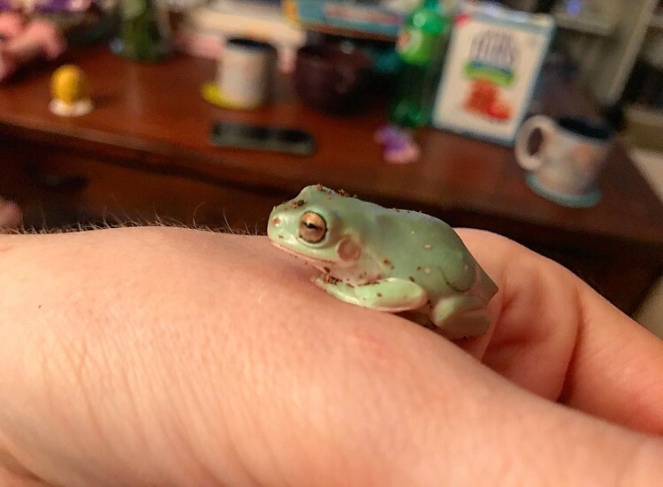 Fear has gotten so healthy looking ^ once we started live-feeding them crickets, he transformed into a bloated baby. He’s still probably a third of the size of Misery, but we’re so proud of him for eating/hunting so well. He still likes to hide, move slowly, and occasionally “rubber band” jump from one side of the tank to the other! 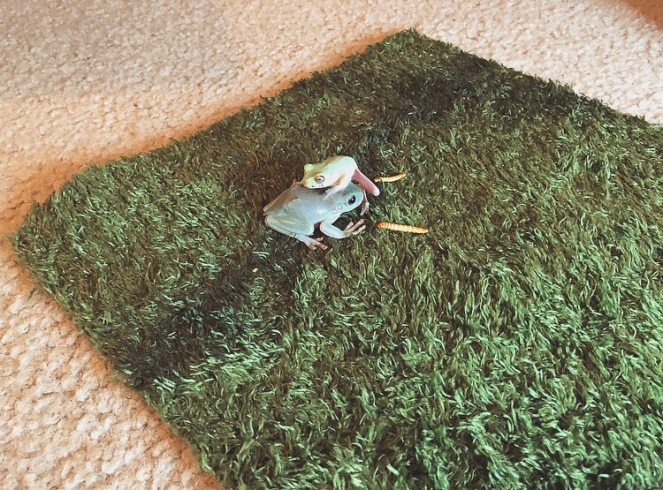 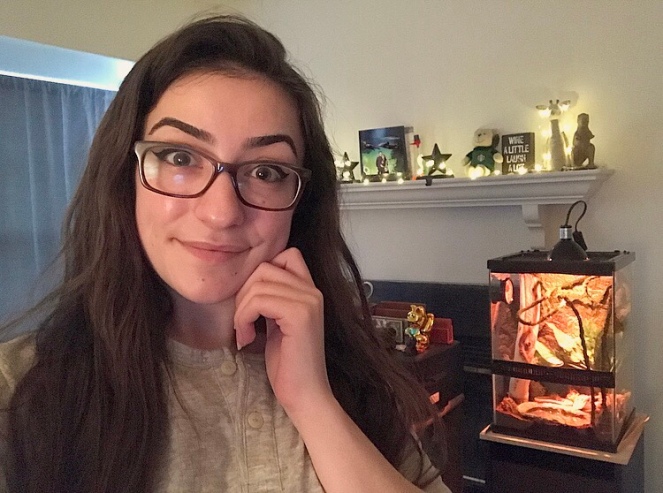 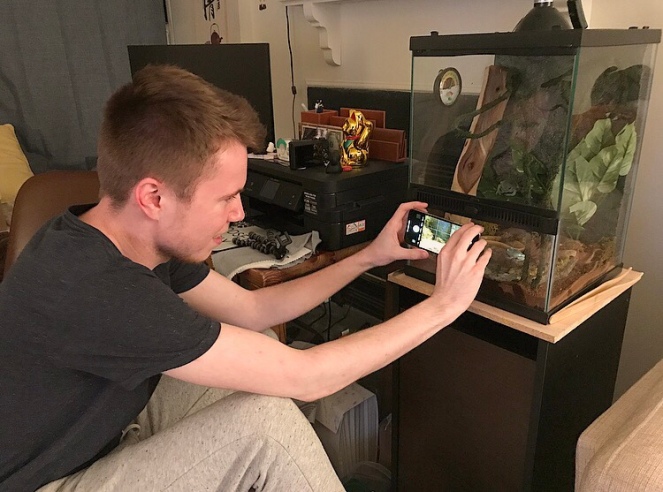 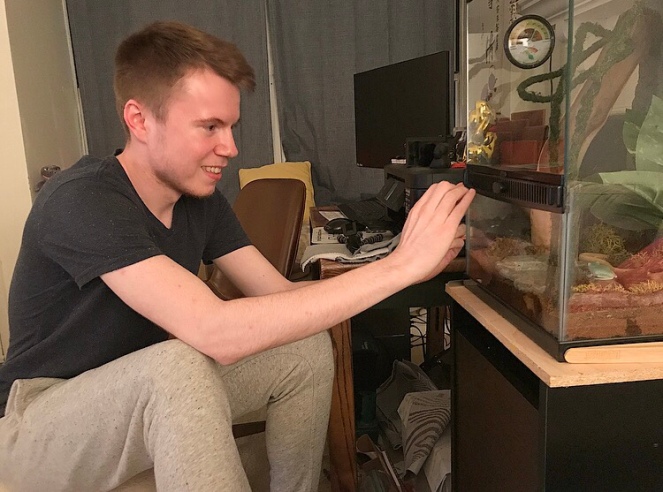 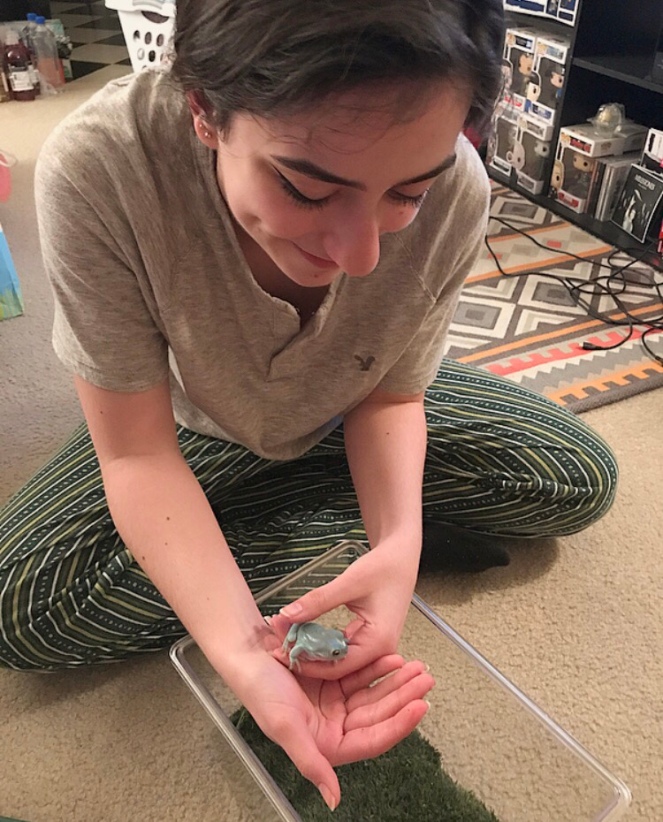 Overall, they’re both thriving and it makes us so happy ^ we’re looking forward to them growing more and eventually enough for us to move them to a bigger tank (hopefully when we move into a house next year). We’re gonna try to take Fear out and handle him more to get him used to us since Misery has been getting most of the attention lately- because we were working on building up Fear’s body mass to match her or get closer to her size. It’s so much fun owning these amazing creatures!

Let me know in the comments about your pets and if you have any questions- feel free to ASK AWAY (: