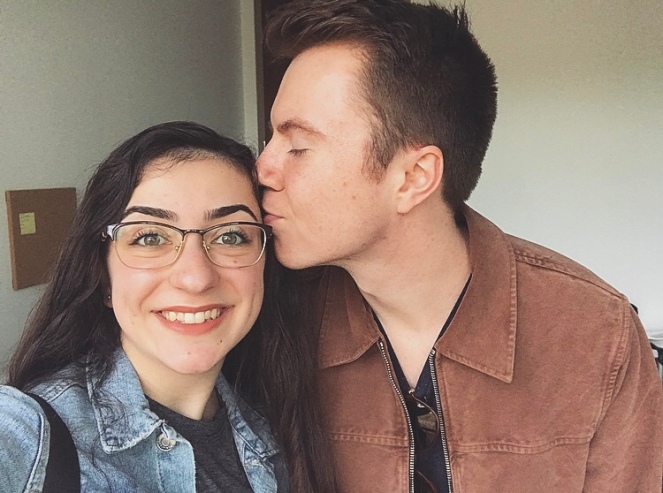 April showers have only brought April sickness to me as we wrap up this first week of the new month. I just got over a sinus infection while enduring my yearly (now seemingly bi-annual) tonsillitis towards the end of March. I had just finished my amoxicillin and after 2 or 3 days of healthy living…woke up with horrible congestion and an overall flu-like feeling in my body. Had to call out of work due to fever and got sent home early another day due to vomiting. I hate mucus and I hate this sick time of year. But the time to rest gives me time to share with you all the experience I had when Justin gave me a tour of his new office for the first time. Let’s enjoy! 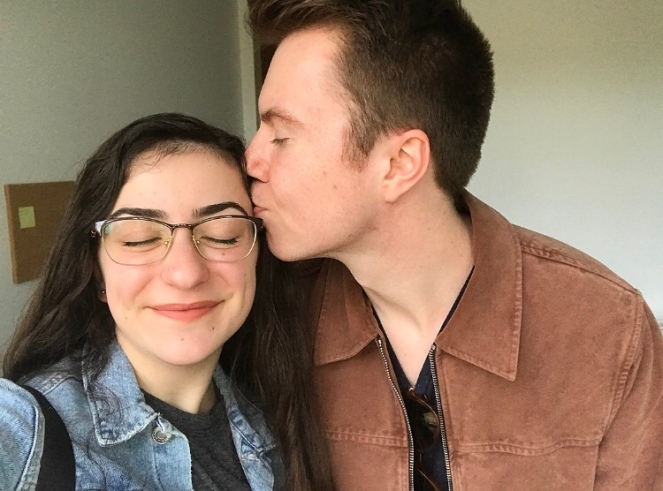 Once we found out we’d have to wait a few more (3-6) months before reapplying for our home loan pre-approval, we had some thinking to do about our current situation and how we could better things for ourselves within that time frame. Instead of moving into a newer, nicer one bedroom (same size as our current space) apartment for basically double the rent we’re paying now- Justin found an office to rent! It’s a much better financial decision for us right now than moving to a different living space to rent. We know we’d be paying more for the same square footage anywhere else and this way, he actually has a workplace. He hauled most of his work things from our living room to the office within the first week of signing his lease there. It’s a perfect spot for him to actually focus on his business and not have to worry about being home for packages or other in-house distractions. It’s a great amount of space for the work he does and it’s new, so it’s neat and organized for now (without the apartment messes overflowing into the makeshift office he had in our living room). The entire outside wall is floor-to-ceiling windows, so he won’t feel cooped up or get stir crazy if he happens to be there all day. He can also easily pop outside for some fresh air too, as the office building has a beautiful outdoor space for the tenants. The kitchen offers a fridge for everyone’s use, a giant microwave, a sink and dishwasher, as well as a coffee maker and vending machine- even though I’m trying to encourage him to pack a lunch now! The best part is, the location is right down the road from my work so he can come by any time (: since he writes his own schedule lol I’m so incredibly proud of him for getting the appropriate workspace to grow and happy that he can continue to prosper with the separate area to do his job. I loved being shown around the building and seeing how excited he was to be working there in his very own office! 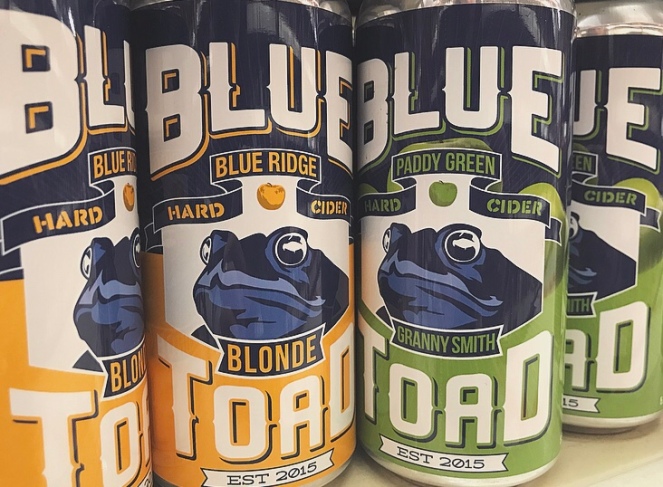 We visited Total Wine after the office tour because it happened to be the only store that still carries the hard cider I like. It’s called Original Sin and BOY it’s delicious! We found even more flavors here that we didn’t know existed…plus a bunch of new drinks to try and a few extra old faves. It was a lot of fun walking the aisles and checking out all the cool stuff they had from around the world (:

We also found a new place to get gluten-free pizza. It’s kind of like Pie 5 where you go down the assembly line and customize your pizza, but these are a little larger pies and they’re quick fired at the end. Since ours were on different crust, it took a few more minutes than a normal pizza- but they were amazing! I got spinach, green peppers, chicken, tiny tomatoes, and roasted garlic cloves on mine. It was definitely not as “light” feeling as the ones we usually get (from Pie 5), but still just as good in it’s own way. It almost tasted like pizza from New York, but that could’ve been my hunger talking… 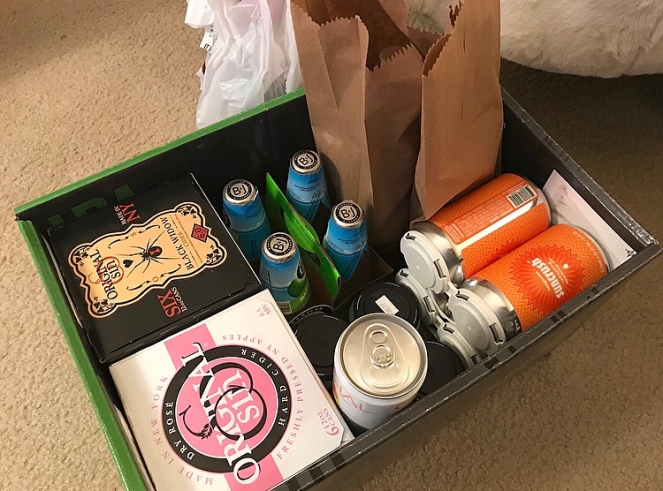 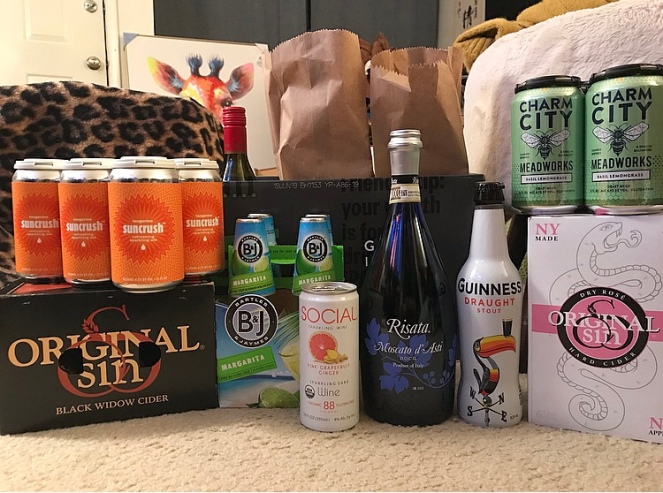 I’m hoping this post wasn’t too boring, but it’s hard to tell cause I’m sick lol hopefully I’ll be better by Monday cause I have an appointment for something very exciting…and I also don’t wanna have to swap all my scheduled posts around if I can’t prep a look for my next monochrome color in the series. Lots to worry about, but right now- I’m going to rest. Enjoy your weekend and thanks so much for reading!